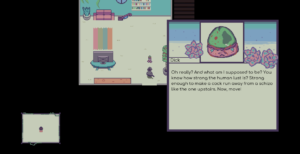 A unique pharmaceutical nightmare mixing Cronenberg (a little Brandon and a little David) with charming pixel art. I was really impressed by how different the style was from Dukebot previous title Blue Sunday while maintaining a similar sensibility. 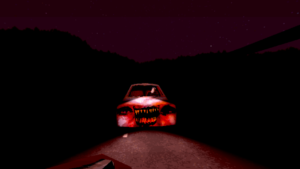 Burger and Frights by Donitz – https://donitz.itch.io/burger-frights 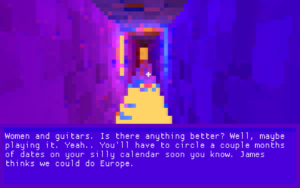 I’m currently schooling myself after reading Bonnie Ruberg « The Queer Games Avant-Garde » and this title really took me by surprise. It’s extremely well written, moving, relevant and visually stunning in its glitchy way. 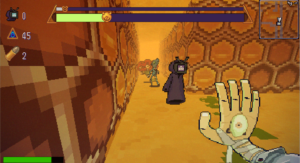 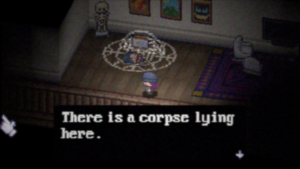 For what appears to be a small experiment, this was something else. Strong echo of Petscop. 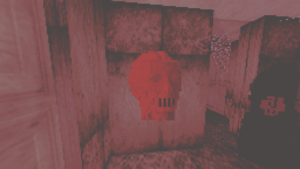 A huge motivation for trying all those games is to experience this unique feeling of haunting, of digging in a software laced with forbidden and otherworldly menace. Torutaru does exactly that. The kind of title you have to play to understand. 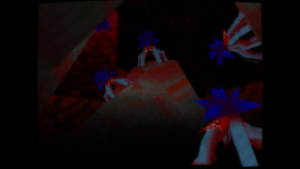 Pour yourself a refreshing drink and pace around this garden of flesh and ooze. Soothing. 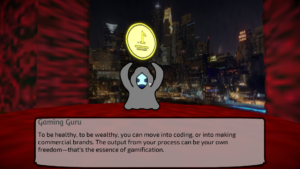 The most relevant game I played in a minute. Everything I hate from the medium I love the most synthesized.

Somewhat are working on big things and there’s no better way to support them than experimenting this unique scopophilia terror slash moving in a new apartment simulator.